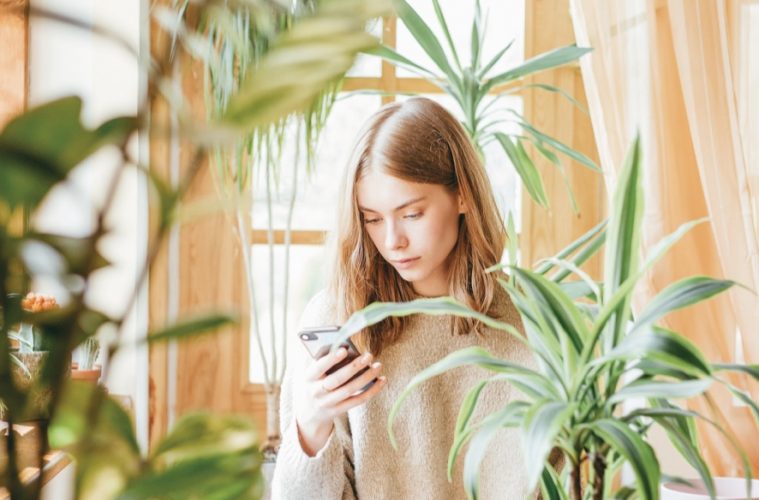 Gardening has exploded on TikTok, creating a community of young, resourceful new gardeners. But some of the DIY advice they spout just sounds too good to be true. We tested TikTok’s most popular DIY gardening hacks to separate fact from fiction.

The Hack
In a TikTok viewed almost 600 000 times, @creative_explained provides a handy use for old teabags – seed starters. Simply make a hole in a used teabag, place a seed inside, and leave it in
a plastic bag to germinate. The video claims the ‘added nutrients in tea leaves helps seeds sprout’.

The verdict
We planted ‘Star 2054’ Bush Beans and ‘Bright Lights’ Swiss Chard in six teabags each, for a total of 12 tests. Going into this experiment, we expected most of the seeds to sprout; not because of the supposed ‘added nutrients’, but because its very similar to the process of starting seeds in a seed tray, only with a different medium.

A couple of the seeds (Bright Lights in particular) did indeed sprout after around three days. However, there was one glaring problem with this hack that TikTok failed to mention – mould. A plastic bag, combined with the moisture of the teabags and the warmth required for germination, provided the perfect environment for mould growth. Within two days, we began to see mould spores on the tea bags, and the few sprouts that did emerge were eventually overtaken by the mould too. But putting the mould aside, space presents another problem. Within a few days, the seeds that had sprouted would have to be moved to a seedling tray or pot as there is no space within the bag for it to establish roots. In the video, the sprout was moved to a pot using tweezers, but when starting seeds, you want as little disturbance as possible for strong root growth. Essentially, sprouting seeds in teabags is a novel idea, but is an unnecessary extra step in a process that would essentially be far simpler by using a regular seedling tray from the get-go.

The verdict Unfortunately, soaking your banana peels in water and using it as
a fertiliser does not provide enough nutrients to keep your plants happy. As there is limited decomposition, very little potassium leeches from the peels. Plus, most houseplants are tropical foliage plants and need plenty of nitrogen (more so than potassium) for healthy leaf growth. Throw those peels on the compost heap and opt for a balanced liquid fertiliser instead.

The Hack
This hack is all over TikTok, but it certainly didn’t originate there. The idea of using trays filled with pebbles and water to increase humidity has been around forever, almost gaining the status of ‘old wives’ tale’. According to this hack, the water in the tray will slowly evaporate, increasing the humidity around just that plant, rather than the entire room.

The verdict
Armed with a humidity meter and several indoor plants, we set out to discover how much of a difference this hack really makes. For the first day, we left the humidity meter next to a plant (in this case, a Peperomia) to monitor the levels throughout the day. They fluctuated between 50% and 55%, providing a base line. The next afternoon, we recorded the humidity level for about half an hour, and then placed the Peperomia on the tray with the pebbles for another half an hour. The results were certainly surprising given how often this hack is repeated – there was almost no change in the humidity levels. The meter moved one or two points up and down over time, as it had done without the pebble tray. We repeated the experiments in different areas under different conditions and at best saw minor improvements in humidity, around 2-3%.

Most indoor plants hail from the tropics and prefer a humidity level around 60%, some even more. Unfortunately, an improvement of a few percentage points is not enough to make a significant impact on the health of your houseplants. If you’re really struggling with humidity, opt for plants that are not as dependent on those conditions (Peperomia, Philodendron scandens), or invest in a humidifier.

This is a TikTok hack with plenty of truth to it. When you bring an indoor plant home for the first time, it needs time to adjust to its new environment. Repotting immediately only increases plant stress and transplant shock, making it difficult for the plants to ever adjust or retain their pre-repotting growth.

The Hack
TikTok’s go-to watering method is known as bottom watering. Just one TikTok recommending this watering method by @alixx_in_the_house has almost 1 million views, and the numbers keep climbing. This video, and the many others, recommend placing your plants in a bowl full of water and letting them soak up the moisture for 10–30 minutes, rather than watering the soil from the top of the pot. This is said to improve water retention while preventing overwatering, encouraging the roots to grow downwards, and reducing problems with fungus gnats.

The verdict
To test this hack, we bought two identical anthuriums that were in desperate need of water. One was left in a sink filled with water for 30 minutes, while the other was watered from the top over the sink for about 30 seconds and left to drain. Both plants were removed, and the soil pulled apart to test the moisture levels (don’t worry, no plants were harmed during this experiment).

This experiment delivered an approved TikTok hack – bottom watering for thirsty plants is far more effective than any other method. The bottom watered plant was completely saturated, missing moisture in only the very top layer of soil. The other plant was quite saturated, but had several patches of dry soil that crumbled off once removed from the pot. Sitting in water for extended periods is never ideal for houseplants, so it’s best to only use this method for extremely dried out pots, but in those cases, it works far better than the other methods.

8. How to Bottom Water Your Houseplants

Prepare
Fill a bucket or tray with enough water to reach half way up your chosen pot. The water should be room temperature or slightly warm, not ice cold.

Submerge
Place your pot in the water for 10-30 minutes, depending on how dry the soil is.

Never leave the pot sitting in water for too long as this could lead to root rot. Remove the pot once the soil is saturated and gently shake to remove any excess water.

ALSO SEE HOW TO IMPROVE THE SOIL IN YOUR GARDEN

How to improve the soil in your garden