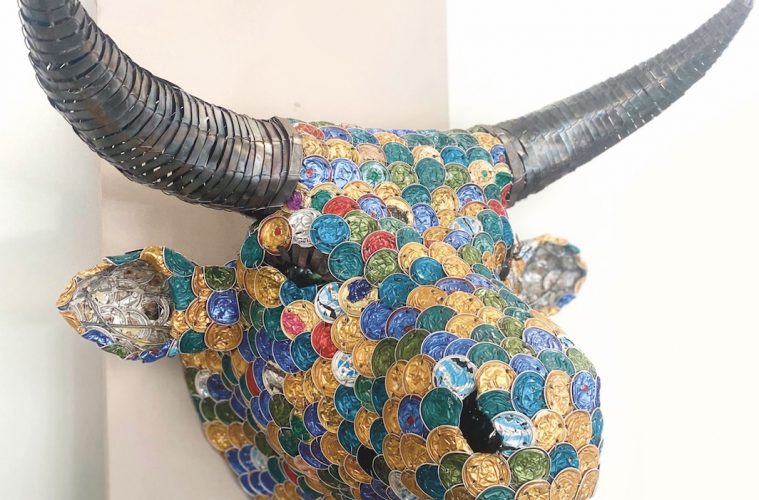 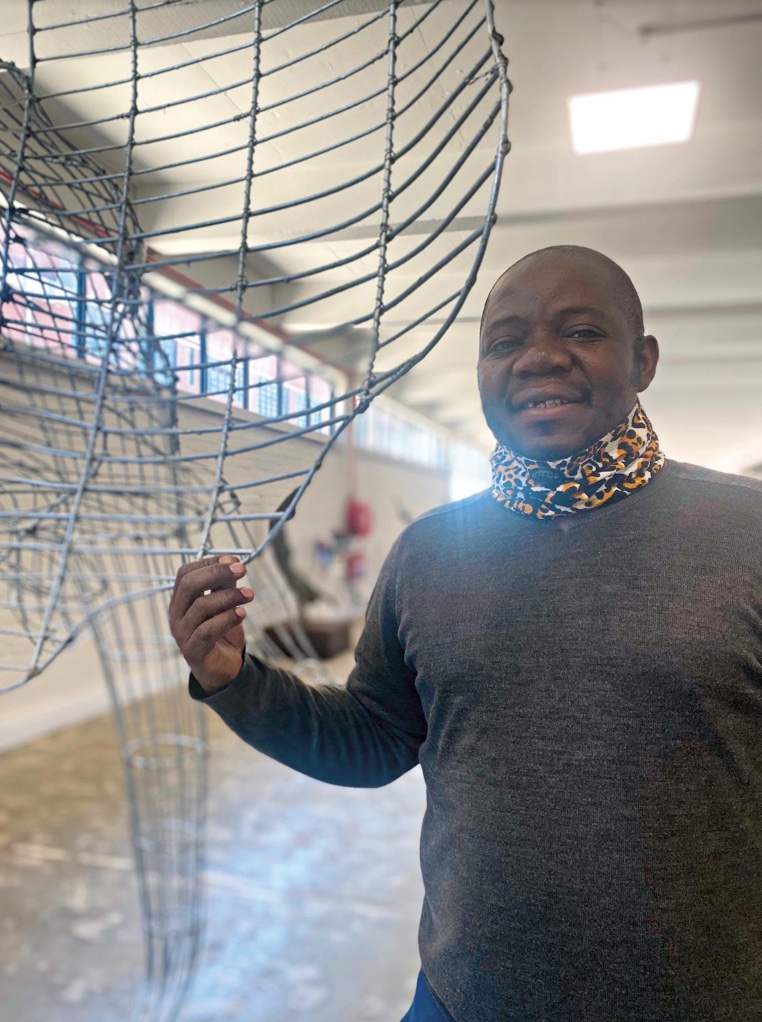 Convenience is the catchword of our generation. 21st century life and the pace at which it happens demands it and for the most part as a society, so do we. Be it online shopping, smartphones or clever kitchen appliances that have made our lives and routines somewhat simpler and faster, there’s no denying that if you subscribe to these clever contraptions and technological advances, you couldn’t imagine your life without them. The same can be said for coffee pods and the nifty machines and milk frothers that come with them. These one-hit wonders offer a perfectly rendered dose of caffeine whenever you need it. They eradicate the inconvenience of cleaning a coffee machine and due to the sheer variety of coffee flavours, have exposed avid coffee fans to varieties and roasts they never would have  thought possible to taste without catching a flight to a foreign climate.

But there is a catch to these clever little one-shot pods – they’re not always easily recyclable. That’s not to say the major coffee companies that produce and distribute them don’t have recycling initiatives in place (they do) – it’s the energy and systems required that adds another layer of responsibility for both consumer, the producer and the supplier. In Cape Town, however, this very real issue is being met head-on by an extraordinarily talented artist, Godfrey Dambuleni, and his team. A well-known wirework and recycled metal artist throughout the city for the past 26 years, Godfrey has been creating striking pieces of art inspired by African wildlife – from fish eagles and lions to buffalo, baboons, rhino and his favourite animal, the elephant. His pieces have graced the lobbies of five-star hotels, sports event launches, safari lodges, retail outlets and private homes throughout southern Africa and of course further afield – a large portion of his fans have been known to carefully transport their handmade unique artwork back to Europe or the United States to become a guaranteed talking piece. 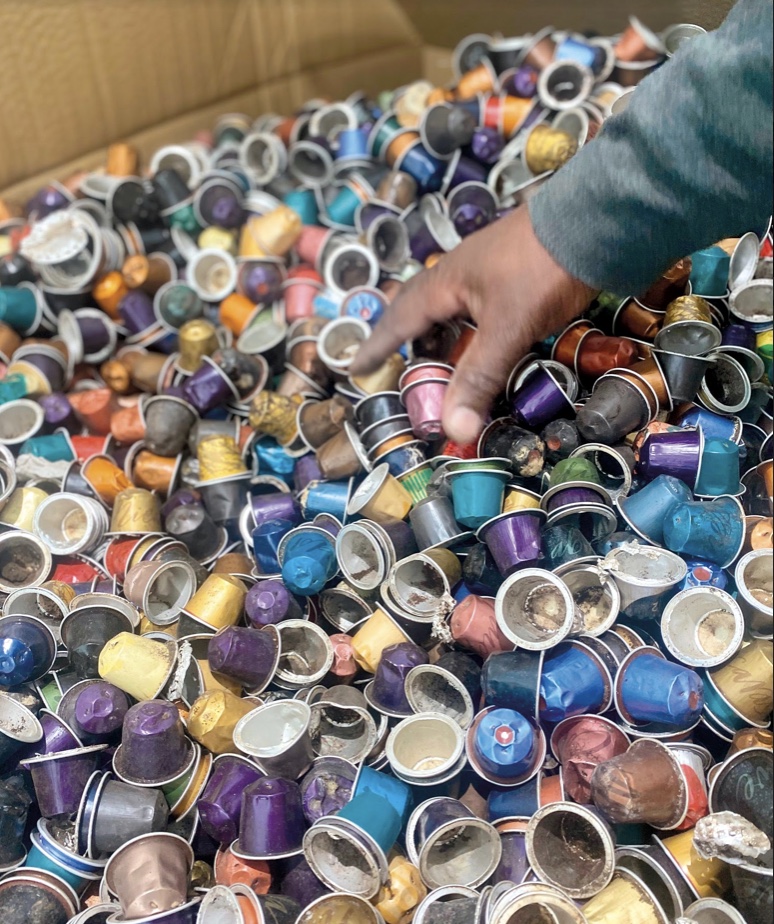 Coffee pods are receiving a new lease on life through art.

Godfrey spent his formative years in Zimbabwe and as a young boy he could often be found making toy cars from scrap metal and wire. His talents were further honed by his mother who had her own craft stall at a local market; she was also a prolific handwork teacher. ‘You could say it’s in my DNA,’ he laughs. Godfrey came to South Africa in 1995, and a chance commission of a world globe lampshade led him to develop his first prototype using scrap metal, and from there things unfolded. In nearly three decades, Godfrey and his team have produced thousands of pieces crafted from a welded and woven wirework base and filled in using scrap metals – these intricate and lifelike animals are created in a patchwork-like method, each piece painstakingly punched and then ‘sewn’ together using pliers and wire then attached to the underlying lifelike structure with more wire. It’s painful work and the team tape their fingers like boxers to protect themselves from cuts.

It was in 2016 that Godfrey first spotted Nespresso coffee pods in the V&A Waterfront. ‘As a recycler, I am used to always looking for opportunities of things that can be transformed into something we can use; at first when I saw the pods, I was struck by their beautiful colours and of course I realised they were made of a pliable metal, but then I needed to figure out a way to work with them.’ And so began what became a remarkable and inventive journey.

The pod-to-artwork process is a laborious one. A team member snaps open the foil cover and removes the spent coffee grounds, from there the pods are washed and dried, then hammered down flat and finally sorted into colours, ready to be reworked into an arresting artwork. The time and energy spent is worth it because the resultant pieces are gloriously luminescent in appearance, giving depth and movement to the wings of a falcon, majesty to a rhino and shimmer and shine to a multicoloured 1 m ≈ 1 m 3D star. In just five years, Godfrey estimates that he has reworked over one million pods – which is an extraordinary feat of ingenuity and innovation that in turn helps alleviate a significant load on the environment. It is the very definition of a truly circular economy.

A couple of years after Godfrey had started his pod endeavours, Nespresso made contact with him and aside from commissioning work for their head office, they cemented the recycling relationship. In any given week Godfrey and his team will give new life to thousands of pods, which in turn will be reimagined into anything from wall-mounted animal trophies to almost life-size animals – a 3 m ≈ 2 m elephant is Godfrey’s most ambitious sculpture in progress, one he estimates will use approximately 20 000 pods or more to complete. 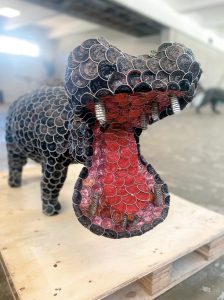 Godfrey’s sculptures have become talking points across the globe. 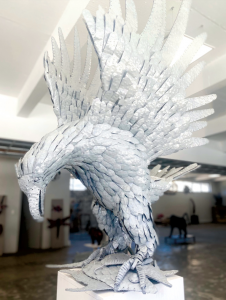 Sculptures vary in size and colour but each are a marvel to look at.

‘COVID-19 has meant things have been much quieter for us, but that hasn’t stopped our creativity – soon we will have an exhibition in our studio where people can see more of the work we have made,’ he says, pointing to a variety of foundation structures that will soon be clad in hammered pods.

Aside from welcoming visitors and potential buyers to his Salt River workshop, Godfrey can also be found on weekends in Franschhoek or at Spier estate selling his wares – understandably a drop in tourist numbers has led to a dent in his sales, but not in his spirit.

‘I love that I’ve been able to take something that people would have discarded and do not have a use for anymore and brought it back to another life. It feels wonderful.’

ALSO SEE DIY: HOW TO REFRESH YOUR OLD VASE

DIY: How to refresh your old vase